Hello and welcome to Daniella Pineda Fan! Your newest source dedicated to the talented actress & writer Daniella Pineda. Daniella-Pineda.com aims to be a supportive and respectful source dedicated to promoting Daniella’s career. We have a comprehensive gallery featuring over 11,000 pictures of Daniella from her projects, public appearances, interview screen captures, photoshoots, magazine scans & more. We respect Daniella’s privacy and are proudly paparazzi and gossip free.

I’m very excited to finally get this site online after a couple weeks of building it! I think Daniella is an immensely talented actress and I look forward to all her future projects. I’ve been a fan of Daniella since “The Originals” and after watching her in “The Detour”, “Mr. Roosevelt”, and “Jurassic World: Fallen Kingdom” I finally made the decision to make this site. Quick shout out to my friend Jay for helping me gather some pictures. I hope everyone likes the site! Be sure to follow us on twitter for photos, news, and site updates.

Genlux Magazine: Behind the Scenes Video

Check out this behind the scenes video interview from Daneilla’s upcoming Genlux Magazine feature.

MY FAVORITE THINGS – DANIELLA PINEDA from Stephen Christopher on Vimeo.

It’s 2016, and Daniella Pineda can’t stop crying. Pineda, who never planned on becoming an actress and at this time was known for TV roles on The Originals and The Detour, thought she had gotten used to rejection by now. But she found herself unprepared for the pain of coming this close to landing a life-changing Marvel gig (more to come on the superhero part that wasn’t quite meant to be). Luckily, Hollywood not only taketh away but occasionally actually giveth as well, and later that same year she would end up in a similarly star-launching franchise: She plays dinosaur doctor Zia Rodriguez in Jurassic World: Fallen Kingdom, in theaters June 22.

“Today feels like my wedding day,” Pineda tells me giddily when we meet up on a mid-June morning at NeueHouse Hollywood, the swanky work space where her publicity team has its offices. It’s just hours before the film holds its star-studded premiere, and members of her Oakland-based extended family have flown in for the festivities. I suggest to the 31-year-old Pineda that the next 10 days before the film opens in theaters are akin to the last 10 days before the rest of her life, and she is quick to agree: “A year before, I was in a rat-infested apartment. So, the hardest part is, I’ve experienced the top of the Christmas tree, and I’m afraid it’s going to be all downhill from here.”

On the contrary, it’s beginning to look a lot like Christmas for her for quite some time. Self-deprecating and charming, stunning but relatable, Pineda’s star quality is undeniable, even if she herself never envisioned an acting career and instead studied radio journalism at Mills College in Oakland, intent on becoming a war correspondent. (“Very happy I didn’t pick that lifestyle,” she says now.) But she was unable to shake her love for writing and directing, and in between doing “every job under the sun” (read: cleaning houses; waiting tables; working in a company’s IT department, where she betrayed her inexperience by earnestly asking one day at work, “What does IT stand for?”), she found time to create a series of YouTube videos poking fun at Hollywood stardom. Her now-manager spotted the videos, and thus began her own path to, well, Hollywood stardom.

“I first knew of Daniella through her sketch-comedy videos, and I thought of her as smart, funny and scrappy, and of course, unfairly beautiful,” Master of None alum Noël Wells, who cast Pineda in the 2017 indie dramedy Mr. Roosevelt, tells Playboy. Says Wells, who wrote, directed and stars in the feature: “At some point during the shoot, I remember thinking, ‘Oh, shit—we have a legitimate movie star on our hands.’”

Oh shit, indeed. And if you’re only familiar with Pineda as someone who casts spells or heals raptors, you’ll probably be surprised by how much she loves comedy—she adored Ace Ventura growing up—and that she’s constantly hilarious. “People never get me right,” Pineda tells me. “I’m either deeply underestimated—people don’t know that I have a knowledge of film and cinema, or that I have other interests [outside of Hollywood]. And people don’t know that I can do comedy and that I went into the business only wanting to do comedy, never wanting to do drama.”

END_OF_DOCUMENT_TOKEN_TO_BE_REPLACED 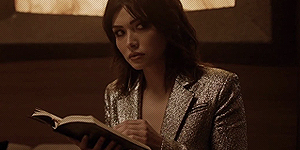 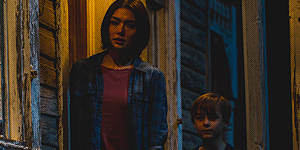